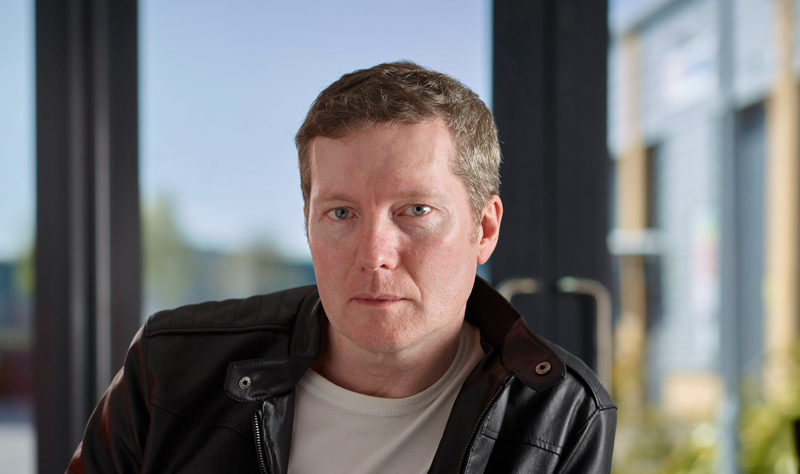 In this offering, we get up close and personal with Tim Bowness.

Tim Bowness is primarily known as vocalist/co-writer with the band no-man, a long-running collaboration with Steven Wilson (Porcupine Tree etc).

Since 2014, his solo work has been released on InsideOutMusic / Sony.

Single – I’d liked singles in my parents’ collection (particularly You Only Live Twice by Nancy Sinatra and Nights In White Satin by The Moody Blues), but I’m Not In Love by 10cc was the first single I ever bought with my pocket money. I was haunted by the looped voices running throughout the song and became equally addicted to its gorgeous Kevin Godley sung b-side Good News. I was lucky enough to work with Kevin on my solo album Flowers At The Scene (2019).

Album / LP – I’d had John Barry and Beatles – both artists I loved – albums given to me as a young child, but the first album I actively went out and bought was Pink Floyd’s atmospheric delight Wish You Were Here. I’d borrowed a cassette of the album from a friend’s father and played it constantly. I bought a vinyl edition – replete with the special postcard and original bin bag plastic cover – from a store in Scarborough. I was with a school friend and, for an hour or so prior to putting the vinyl on the record deck, we stared in wonder at the artwork and lyrics. It was a great physical package. Soon after, I bought Pink Floyd’s Relics and John Lennon’s Mind Games as they were very affordable budget releases on EMI’s MFP label. 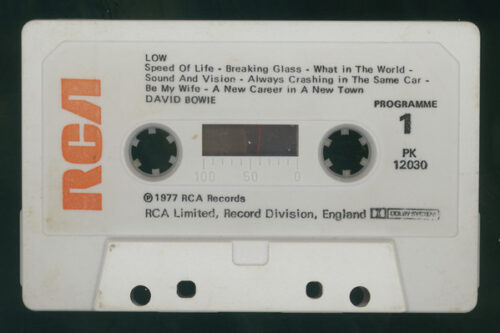 Cassette – David Bowie’s Low. A friend at school had a father who worked in Saudi Arabia. His father brought lots of cheap cassettes back home with him to the UK several times a year and my friend would sell them on at a profit!

I started singing (badly) into a cassette recorder when I was 11 or 12. At the time, I’d have massacred songs by The Beatles, 10cc and Simon And Garfunkel, but I later graduated to slaughtering pieces by David Bowie, Pink Floyd, Kate Bush and Genesis (including a wretched a cappella rendition of Supper’s Ready!).

I suppose it was the beguiling melodies and interesting arrangements on Beatles’ pieces like She’s Leaving Home, The Long And Winding Road, Strawberry Fields Forever and I Am The Walrus that first made me intrigued by the possibilities of music.

Overall, I’ve no idea, though Joni Mitchell’s The Hissing Of Summer Lawns would be my guess. I do know (as iTunes tells me!) that over the last five years, my most played albums on my iPhone have been David Bowie’s Blackstar, Radiohead’s A Moon Shaped Pool and Kate Bush’s 50 Words For Snow.

Records that have exhilarated me over the years include Talking Heads’ Remain In Light, Roxy Music’s For Your Pleasure, John Coltrane’s A Love Supreme, Yes’s Close To The Edge, The Associates’ Sulk, and Grace Jones’s Slave To The The Rhythm. Songs like Sparks’ This Town Ain’t Big Enough For The Both Of Us, Roy Ayers’ Everybody Loves The Sunshine, The Beach Boys’ Surf’s Up and Chic’s Good Times always lift my spirits. 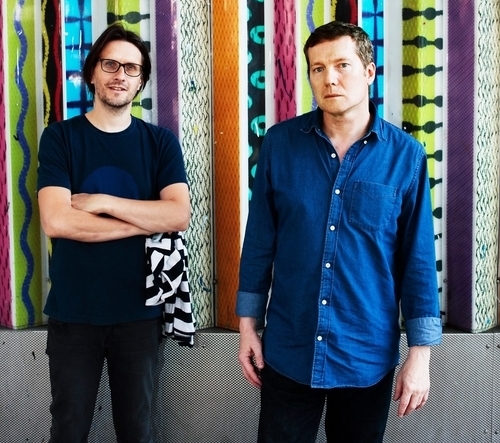 Most of my collection comprises sad albums, so I’m spoilt for choice!

The cover and package for The Who’s Quadrophenia from 1973 might just pip everything though. The music’s wonderful, the story’s great and the accompanying book of photographs is a very nice touch that adds to my appreciation of the album. It’s something that would be hard to replicate with a stream or computer screen.

It was an unexpected side-project by the singer and keyboardist from the commercial Funk Pop band Freez / Southern Freez and I have an original 1983 Editions EG promo LP version.

The very original Brian Eno Music For Films vinyl. It was released in 1976 as a limited-edition LP (of five hundred copies) and only sent out to film and TV companies.

I also have a white label copy of No-Man’s Loveblows And Lovecries with full artwork, which features the original intended track sequence (from October 1992). The eventual release – May 1993 – was very different. Only two copies exist. I have one and Steven Wilson has the other.

I still buy a fair amount of CDs and LPs and also get given a great deal.

Recent purchases include the red vinyl edition of Laurie Anderson’s Big Science, the CD of Clark’s Playground In A Lake, the CD box set of A by Jethro Tull, the LPs of Black Country, New Road’s For The First Time and Floating Point’s Promises, and the CD/DVD of Jon Anderson’s Olias Of Sunhillow. I also got the original pressing of Judy Collins’ lovely 1967 album Wildflowers from a charity shop a few days ago. Oh, and the Back In Black reissue of Scott Walker’s mesmerising 3 (my fourth copy!).

Enough, an album by Tim’s pre-no-man band Plenty will be released on Burning Shed Records on June 25th, 2021. Enough is available for pre-order from Burning Shed as a double CD here. The video for “Forest Almost Burning” from the album can be found here.