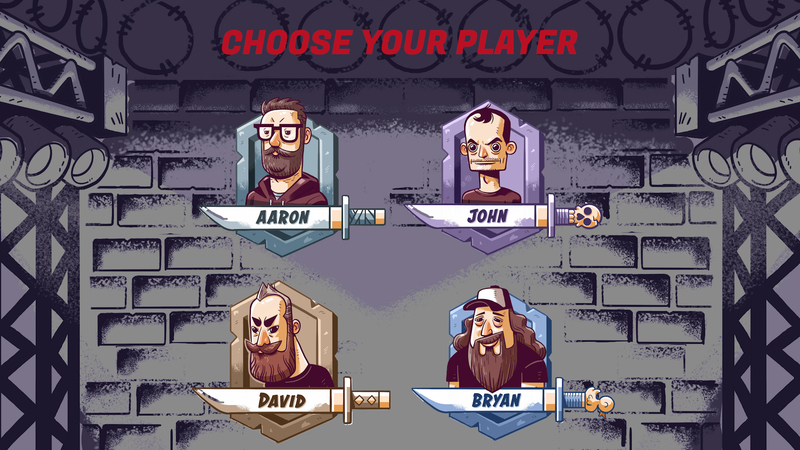 Red Fang, whose highly-anticipated new album, Arrows, arrived over the Summer, give fans an opportunity to try out their own Katana-skills as seen in the band’s “Arrows” video, with the new, single player Blade To Waste video game.

Relapse Records and Red Fang will be offering three top scorers a variety of prize packs including a grand prize featuring the Red Fang x Psycho Las Vegas Fortune Hunter Gambler’s Pack (a custom deck of cards, casino-grade dice, a forged metal challenge coin with a custom box, Arrows vinyl and a t-shirt). To enter, contestants should post a screenshot of their score to social media (Facebook, Twitter, and/or Instagram) with the #bladetowaste hashtag and tagging Red Fang. Contest ends at midnight on January 1.

Arrows, the Portland-based band’s first album in five years and fifth album overall, was met with widespread enthusiasm. Revolver, who featured the band on their Summer cover and hosted a joint interview between Fred Armisen and Red Fang, said the 13-song release is “another heaping pile of fuzzy stoner rock from one of the most reliable institutions in their genre,” Consequence declared Arrows “their best album since their debut” and Oregon Public Broadcasting described the collection as “a grimy, crunch ball of anger that showcases the best the band has to offer.”

BIO
Red Fang is Aaron Beam (bass/vocals/guitar/keyboards), Bryan Giles (guitar/vocals), John Sherman (drums) and David Sullivan (guitars). Over the course of their 16-year career the Portland, Oregon-based band has released five studio albums: Red Fang (2009), Murder the Mountains (2011), Whales and Leeches (2013), Only Ghosts (2016), and Arrows (2021). Over the course of their career, the band has been joined by Fred Armisen in an epic battle against invading zombie hordes, accompanied by Paul Shaffer during a standout performance on The Late Show with David Letterman, and have created the best music videos in recent history.