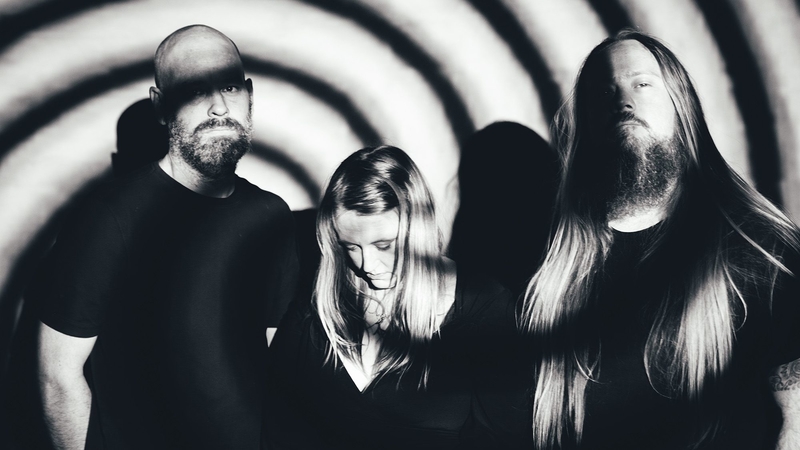 As previously reported by Inhale the Heavy, Eight Bells will be releasing their new album Legacy of Ruin on February 25, 2022.

The band have now unveiled the sinister new video single for the lead track “Destroyer.”

Eight Bells comment: “This track was recorded while Oregon was on fire during the summer 2020 in the beginning of the pandemic”, explains singer and guitarist Melynda Jackson. “The song is sung from the perspective of an evil force –with the desperation of a hungry ghost. The entity’s anger dissolves into misery and loneliness and is ultimately transformed into manic joy.”

Eight Bells are now poised to share their music with a wider audience. Legacy of Ruin was engineered and produced by the masterful Billy Anderson (Amenra, Bell Witch, Leviathan, Swans), and has enabled the trio to reach a new dimension of sound quality.

Legacy of Ruin is forceful confirmation that contemporary metal can be artistically impressive, and at the same time novel and expansive in its expression. Time to lean back, close your eyes and let Eight Bells’ haunting and beautiful swansong to a dying planet crash all over you in sonic waves.