EIGHT BELLS have announced seven shows for the US and one in Canada to take place this August. The tour kicks off at the Shakedown in Bellingham, WA (US) on August 12 and runs through on the West Coast until a final show in Eugene, OR at John Henry’s on the 20th of August. EIGHT BELLS will be joining MARISSA NADLER at the first fie dates and by the fourth show YEAR OF NO LIGHT come on board and stay on for two more gigs. In Eureka, CA the avant-garde doom project will be playing alongside NAN ELMOTH and WILUTIS while the final concert happens with FELLED and REDIVIUS on stage.

“We are very pleased to announce that we are joining Marissa Nadler and Year Of No Light for selected West Coast gigs as they make their way to Psycho Las Vegas this summer.”, singer and guitarist Melynda Jackson writes “We hope to see some buddies and make new friends on our first tour since the world ended. More local bands joining us will be announced shortly. See you on the road!”

Tickets are available through this link: https://linktr.ee/melyndajackson 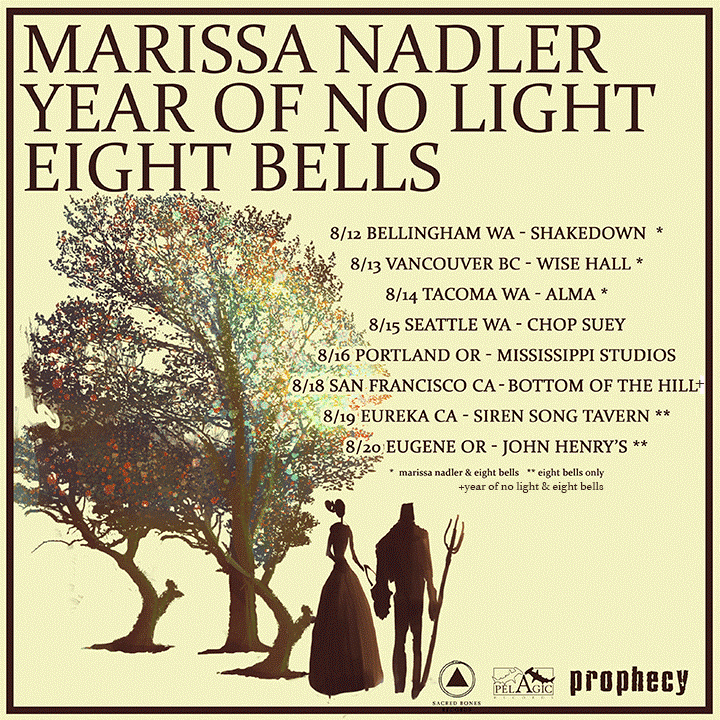 EIGHT BELLS will be touring in support of their latest album “Legacy of Ruin”, which hit the stores on February 25, 2022.