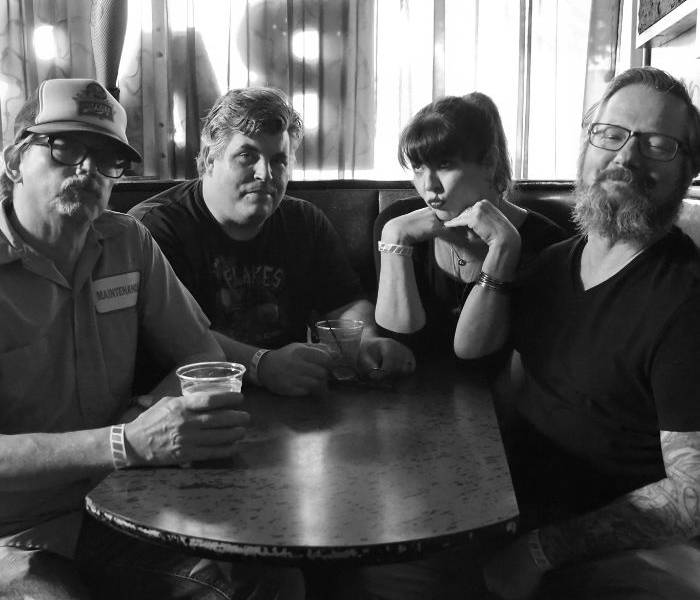 Punky hard rockers BRANDY AND THE BUTCHER have released a video for the “I Hope You Choke.” The song is from their album Lucky Foot which was released on May 20th via Ruined Records.

“I Hope You Choke is a song that examines love and difficult relationships with themes of anger and redemption. It’s fueled by a consistently stomping beat, metronomic bass and turbulent guitar. Keep an ear out for the guitar track that sounds much like a theremin! Several people have noted that it’s a great song for fast driving.”

Initially forming as an ensemble and dropping their EP Pretty Girls in 2018, BRANDY AND THE BUTCHER saw their first tour cut short due to the pandemic. After releasing their debut full length released in August of 2020, the new LP follows the quartet as they progress in developing their music. Delivering high energy and dynamic rhythms, BRANDY AND THE BUTCHER’s distinctive rock n roll edge mixed with seductive vocals produces a raw, powerful sound.