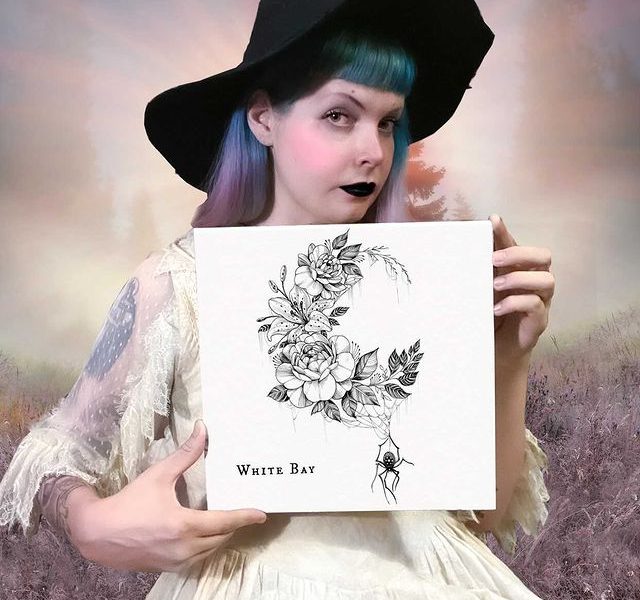 In this offering, we are thrilled to get up close and personal with Amy Mills, guitarist in the New York based band Couch Slut.

Born and raised in Portland Oregon, Amy’s childhood was spent learning classical music, drawing, and photography. In 2005 she attended the Boston Conservatory for one year, but ultimately decided to transfer to the nearby Massachusetts College of Art where she earned her BFA in photography. Immediately following she moved to New York to attend Purchase College where she earned an MFA in music.

During her studies at Purchase she began learning woodworking and experimenting with instrument construction. This eventually led her to find a position with one of the top instrument restoration & repair shops in the world: Retrofret Vintage Guitars.

I honestly don’t remember the first record I bought. It was likely in my freshman year of college in Boston, and was probably something like Ligeti or Philip Glass? I’ve bought so many LPs and purged my entire collection a few times so it all kind of blends together. 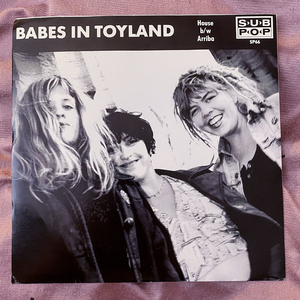 I’ve been making music long before I even knew what a record was, so I wouldn’t say any one record made me want to make music. But when I was in middle school my dad would give me Miles Davis, Wynton Marsalis, Rafael Mendez, and Maurice Andre records to listen to, and that definitely inspired me to keep playing trumpet and get better. It’s a shame when I was young there weren’t any prominent women soloists in the classical trumpet world (at least not that I was made aware of) and I think seeing that would have been super inspiring. There are several out there now who are really amazing, and I’m so glad that they exist to show young girls that playing trumpet isn’t just for boys.

My first CD in high school outside of trumpet music was Smash Mouth, and that definitely did not inspire me to make music. I think the first record that really blew my mind and made me re-think what I wanted to do with music was when I got the first Naked City LP in college. That really bridged the gap between my classical upbringing and my budding interest in metal, hardcore, noise, and other “out” music that, prior to hearing that, seemed incompatible with what I had grown up learning. (I wish my dad had just bought me a Zappa record when I was little).

I also heard Babes in Toyland for the first time that same year and was very inspired by them. I loved seeing women playing heavy music but also presenting very feminine on stage! I believe that same year I ALSO heard DNA for the first time, which all culminated in me finally going out and buying my first guitar and starting a No Wave band called Toilet Phone with my friend Lauren.

If I’m being honest it’s probably OK Computer by Radiohead. I wish it was something more exciting, but that record is one of the best pieces of music ever recorded, it never gets old and I always come back to it. 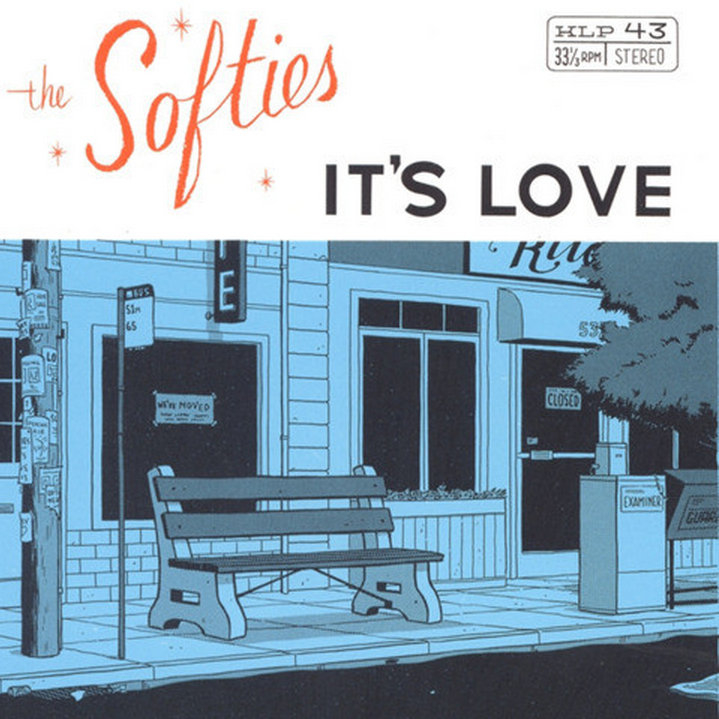 The record that always makes me feel good is…

The Softies “It’s Love” (and their single He’ll Never Have to Know) has become my new go-to. I somehow had never heard them before. They were a mid-90s duo consisting of Rose Melberg and Jen Sbragia, both on guitar and vocals. I found them while browsing through a pile of 90s riot grrrl 7″s at a friend’s shop, and was drawn to the name so I bought the single. Immediately after hearing it I was completely in love. The guitar playing, the vocals, the lyrics – everything is exactly perfect. Everytime I put them on I immediately feel calm, peaceful, and a little bit sad (but in a good way). I’ve cried a few times listening to the music. I think one of my new top 5 favorite bands.

This is another hard choice, and a certain artist I used to turn to a lot recently had a lot of allegations of sexual misconduct against him so that music has had a dark shadow cast upon it. But a record that always really hits the right spot is LIve at the Old Quarter by Townes Van Zandt. It’s such a beautiful and perfect album. I haven’t been able to ever listen to it all the way through without crying. It’s a wonderfully cathartic experience.

I had a lot of contenders for this spot, but I think my favorite cover art of all my records is the cover of this live Christian Death album “The Decomposition of Violets” – It checks a lot of my boxes: pastel palette, flowers, a nice black accent color, fetish art, and death rock. My runner up is Julie London’s “Calendar Girl” which features her in 13 different insanely adorable pinup outfits representing the different months of the year, and I really cannot resist adorable pinup outfits. 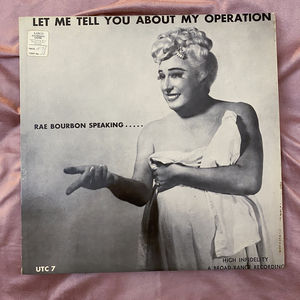 Let Me Tell You About My Operation by Rae Bourbon – I’m not sure how many people know about Rae Bourbon. She was a trans woman, who, like many at the time, started out labeled as a “female impersonator”. Her earliest known recording dates to 1936, and her act seems like it was always rooted in humor. In the 1950s she self-released a series of solo albums on her own label “UTC” (under the counter). She likely only sold them at her performances or on her tours, as I think they would not have been carried by any mainstream record store. This album is basically her on piano half singing half spoken word, relaying a very funny, smutty, and charming story to the audience. It starts off with her telling the saga of her sex reassignment surgery in Mexico. The back of the record has news clippings of articles announcing her name change and detailing her surgery, but it’s unknown if she actually had the operation performed, or if it was theater (I believe she did). It is clear she identified as a woman and lived her life that way for the rest of her life after she made this announcement. It’s a strange, charming, and inspiring album. It still blows my mind to see someone living as a trans woman so openly during the 1950s, which could not have been an easy life.

Marie France – Daisy / Déréglée – This is another wonderful record by a trans woman! She is actually still with us and I believe still making music. This album is her first single, released in 1977 on a small Belgian punk label called “Romantik Records”. They only pressed 500 copies and it’s incredibly hard to find an original copy (thank you to my friend Harry at Almost Ready for tracking one down for me). It features a gorgeous folk-ish ballad “Daisy” on one side, and a more straight-ahead punk song “Déréglée” on the other. Her later albums she moved to more standard pop music, but when I first heard this single I fell in love and had to find a copy. It also has special meaning for me as a trans woman. I’ve made It a point to track down, collect, and listen to music by trans women & queer musicians from the past (and also present). It’s really inspiring to own recordings from the past by people with who I share a lived experience.

George Danquah – Hot and Jumpy 1st press – This is an amazing West African gem and the only release by George. It features him on guitar with brass, organ, and rhythm section. Some tracks have vocals, but it is primarily instrumental. Pretty much every track on this is wonderful! I think it was reissued a few years ago and definitely worth getting.

Be the first to comment on "Amy Mills (Couch Slut)"